– “…A study by the RAND Corporation – which, since Vietnam, has planned America’s wars – is entitled War with China: Thinking Through the Unthinkable. Commissioned by the US Army, the authors evoke the infamous catch cry of its chief Cold War strategist, Herman Kahn – “thinking the unthinkable”. Kahn’s book, On Thermonuclear War, elaborated a plan for a “winnable” nuclear war. Kahn’s apocalyptic view is shared by Trump’s Secretary of State Mike Pompeo, an evangelical fanatic who believes in the “rapture of the End”. He is perhaps the most dangerous man alive”

John Pilger – ‘Another Hiroshima Is Coming – Unless We Stop It Now’ 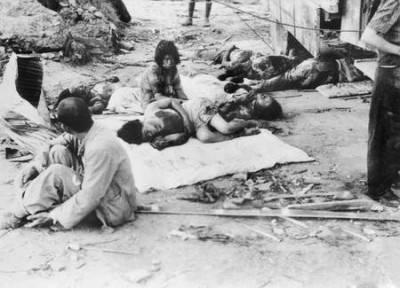 When I first went to Hiroshima in 1967, the shadow on the steps was still there. It was an almost perfect impression of a human being at ease: legs splayed, back bent, one hand by her side as she sat waiting for a bank to…