FORT BREGANCON, France:  World powers must put aside their differences and support the Lebanese people, whose country’s future is at stake after a massive blast devastated the capital, French President Emmanuel Macron told an emergency donors conference on Sunday.

Lebanon’s debt-laden economy was already mired in crisis and reeling from the coronavirus pandemic before the port explosion, which killed 158 people.

But foreign governments are wary about writing blank cheques to a government perceived by its own people to be deeply corrupt and some are concerned about the influence of Iran through the shi’ite group Hezbollah.
In opening remarks to an online donor conference he co-organised, Macron said…

When Pope Francis issued his landmark teaching document on climate change in 2015, his words went straight to the heart of Susan Varlamoff.

Varlamoff, 70, a biologist, read Rachel Carson’s Silent Spring in the 1960s and speaks proudly of a Catholic faith that embraces science and calls on church members to take care of the earth. Her sister, she said, died from cancer as a child, and she wondered whether her father’s liberal use of pesticides in their suburban yard might have been the cause.

She asked Archbishop Wilton Gregory, who was then the…

The United Nations (U.N.) announced Sunday the electric car boom will result in a number of devastating ecological side effects for the planet.

While the shift to electric cars reflects ongoing efforts to reduce the world’s dependence on fossil fuels, the UN warns that the raw materials used to produce electric car batteries are highly concentrated in a small number of countries and their extraction and refinement pose a serious threat to the environment.

The U.N. trade body, UNCTAD, has issued a new report breaking down some of the unintended negative consequences of the shift, which include ecological degradation as well as human rights abuses.

The report notes that metals such as cobalt, lithium, manganese, copper, and minerals like graphite “play a significant role in energy-related technologies such as rechargeable batteries that are used in a variety…

The deal is a clear win for China; the $400 billion will be invested over 25 years, which is a small amount of money for the second-largest economy in the world. China will also have full authority over Iran’s islands, gain access to Iran’s oil at a highly discounted rate and increase its influence and presence in almost every sector of Iranian industry, including telecommunications, energy, ports, railways, and banking. China, incidentally, is the world’s largest importer of oil.

Even some of Iran’s politicians and state-owned newspapers have begun criticizing the deal. A headline in the Iranian newspaper Arman-e Melli, for example, surprisingly criticized the government: “Iran is not Kenya or Sri Lanka (to be colonized by China).”

The ruling mullahs are selling off the country to China, just as some African governments did. Beijing appears more than happy to make deals with dictators…

As the world’s most popular shoe, flip-flops account for a troubling percentage of plastic waste that ends up in landfills, on seashores and in our oceans. Scientists at the University of California San Diego have spent years working to resolve this problem, and now they have taken a step farther toward accomplishing this mission.

Sticking with their chemistry, the team of researchers formulated polyurethane foams, made from algae oil, to meet commercial specifications for midsole shoes and the foot-bed of flip-flops. The results of their study are published in Bioresource Technology Reports and describe the team’s successful development of these sustainable, consumer-ready and biodegradable materials.

The research was a collaboration between UC San Diego and startup company Algenesis Materials–a materials science and technology company. The project was co-led by graduate student Natasha Gunawan from the labs of professors Michael Burkart (Division of Physical Sciences) and Stephen Mayfield (Division of Biological…

Tens of thousands of demonstrators demanded the resignation of Lebanon’s embattled government on Saturday, clashing with police and soldiers and railing at a political class they universally blamed for the catastrophic explosion that destroyed parts of Beirut last Tuesday.

The rally in the capital’s Martyrs’ Square was preceded by the resignation of three MPs from the nearby Lebanese parliament. The seething crowd called for others to follow, and Hassan Diab, the Lebanon prime minister, called for early elections, potentially after two months. 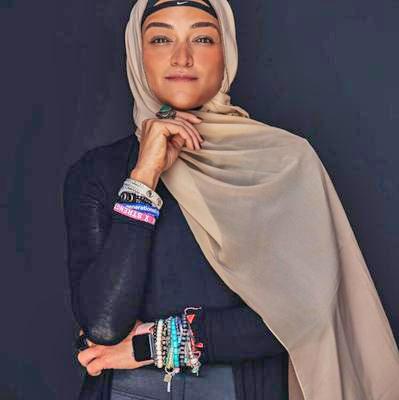 As an ode to the leading women who have broken through the glass ceiling in Africa, paving the way for other aspiring young women, we celebrate the achievements of some of North Africa’s most powerful women and the impact they have made on this beautiful continent.

From the Top 50 list as selected by Forbes Africa, these are the four leading women in North Africa.

Aya Chebbi is an award-winning pan-African feminist. She is the first-ever African Union special envoy on youth and the youngest diplomat at the African Union Commission chairperson’s Cabinet.

She rose to prominence as a voice for democracy and shot… PARIS: It was almost as if Emmanuel Macron forgot that Lebanon is no longer a French protectorate.

Visiting explosion-ravaged Beirut this week, France’s leader comforted distraught crowds, promised to rebuild the city and claimed that the blast pierced France’s own heart. “France will never let Lebanon go,” Macron said. “The heart of the French people still beats to the pulse of Beirut.”

Mauritius was the first African country to get the coronavirus under control. Now its challenge is how to let the tourists that are its economic lifeblood back in.

The Indian Ocean island’s success in quelling the outbreak is unique in Africa and comes as the disease is spreading across the continent, with countries from Kenya to South Africa battling a surge in cases since movement restrictions were eased. Mauritius is one of the few places in the world that hasn’t had a locally transmitted infection in over three months. It recorded its last Covid-19 death on April 27 and…

Future President, Joe Biden. The Muslim Time sis promoting secularism and good governance in every country of the world

On issues big and small, Joseph R. Biden Jr. will not be rushed, including the critical choice of a running mate. He’s deliberative, and he doesn’t mind extending his timetable — again and again.

But as the political world awaits his announcement, Mr. Biden himself has not appeared to be in a big rush — no surprise to those who know him well.

His first self-imposed date for naming a running mate, around Aug. 1, came and went. The first week of…

Eiffel Tower the most famous landmark of Europe. The Muslim Times has the best collection of articles for the war against Covid 19, especially the vaccines.

We’re tracking the latest on the coronavirus outbreak and the global response. Sign up here for our daily newsletter on what you need to know.

The European Commission is hopeful a vaccine will be available by early next year, allowing a gradual return to normality, Handelsblatt reported.

Italy’s government reaffirmed its plan to reopen schools next month. That message was echoed by the cabinet in the U.K. even as it again reported more than 1,000 new cases a day. Paris will mandate outdoor mask wearing on its busiest streets from Monday to limit a resurgence in cases.

Kaaba the holiest place in Islam

Vatican the holiest place in the Catholic Christianity

By the Grace of Allah, I joined Ahmadiyya Muslim Community, from a Sunni family, in 1984, while I was in my Medical School.

Since then I have engaged Muslims belonging to different sects in dialogue and debate. For the last few years, I have had opportunity to tackle Christian apologists, in different discussion forums and the Muslim Times itself and the following thoughtful article,  by a professor from Princeton University, beautifully summarizes my 30 year experience between the different sects of Islam and seeking Monotheism, interacting with the Christians and the Jews .