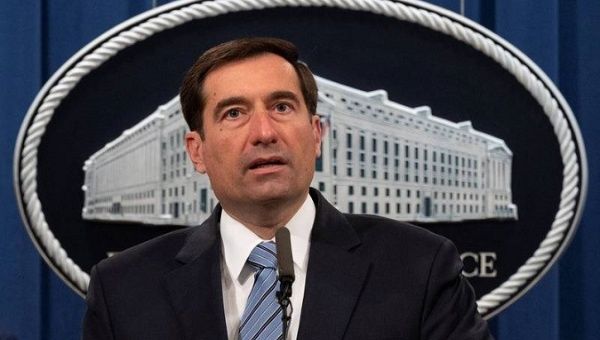 The U.S. Justice Department announced on Thursday that President Donald Trump’s administration sold over 1.1 million barrels of refined petroleum that were onboard the Luna vessel, which was seized by the United States from Iran on August 14, 2020.

“The ships’ owner transferred the petroleum to the government, and we can now announce that the United States has sold and delivered that petroleum,” the Assistant Attorney General for the National Security Division John Demers said.

The Trump administration justified its action by arguing that the money from the oil sale to Caracas would supposedly benefit the Iranian Revolutionary Guard Corps (IRGC)-Quds Force, which is considered a terrorist organization.

In recent years, Venezuela has faced gasoline supply problems because of the arbitrary and unilateral sanctions that the U.S. government established as a mechanism to destabilize the Bolivarian…