– “…Will Trump have the strength to give neocon vipers in his cabinet the Bolton treatment before they unleash war with Russia and China? Will he be able to avoid a new economic meltdown, civil war and coup d’état before 2021? Will Lincoln’s system be revived both in America and alongside other nations like Russia and China before a global catastrophe befalls us? Those questions remain to be seen”

How to Save a Dying Republic: Lincoln and the Greenbacks – By Matthew Ehret
While some onlookers have found themselves cheering on this impending meltdown of the “great American empire”, I think it is wiser to take a more measured approach to the tragedy now unfolding in America and across the entire trans-Atlantic Community. After all, what would we expect to see under conditions of dissolution of the union into civil war and economic collapse? Would the danger…

– In the last days of his life, Osama bin Laden realized that the September 11, 2001 attacks in the United States were an inside job, and were not carried out by al-Qaeda militants, according to newly released US intelligence documents.

On Wednesday, the Obama administration released an extensive list of materials what they said were collected by US Navy SEALs during the 2011 raid that killed Bin Laden.

Among the Bin Laden treasure-trove, there were several books, including David Ray Griffin’s New Pearl Harbor: Disturbing Questions about the Bush Administration and 9/11, which have challenged the US government narrative on the 9/11 attacks.

The September, 11, 2001 attacks, also known as the 9/11 attacks, were a series of strikes in the US which killed nearly 3,000 people and caused about $10 billion worth of property and infrastructure damage.

– “…From 1982 to 2005, during the reign of King Fahd of Saudi Arabia, over $75 billion is estimated to have been spent in efforts to spread Wahhabi Islam to various, much poorer Muslim nations worldwide. By comparison, the Soviets spent about $7 billion spreading communism worldwide in the 70 years from 1921 and 1991″ 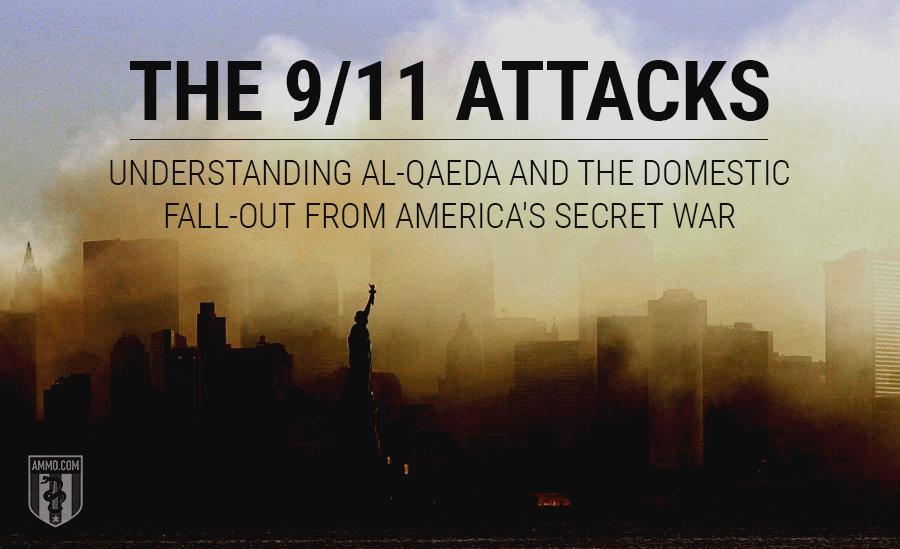 With American military personnel now entering service who were not even alive on 9/11, this seems an appropriate time to reexamine the events of September 11, 2001 – the opaque motives for the attacks, the equally opaque motives for the counter-offensive by the United States and its allies known as the Global War on Terror, and the domestic fall-out for Americans concerned about the erosion of their civil liberties on the homefront.

Before venturing further, it’s worth noting that…

–  “…Writing in the Journal of Applied Phycology, researchers from the University of Coimbra and Canada’s Verschuren Centre for Sustainability in Energy and Environment suggested that there may be a connection and the low initial rates “were possibly related to the traditional and widespread consumption of seaweed and the regular supply of iodine in their diet”

– “…U.K.-based psychologist, Lucy Beresford, wrote in The Telegraph that the number of technosexuals is increasing as their “primary source of arousal are through interacting with their tech,” indicating that society is “sleepwalking into a different kind of epidemic – one of loneliness and fear of intimacy” driven partially by the lockdowns”

Rise Of ‘Technosexuals’ – 14% Of Men Are Aroused By Amazon Alexa

A new study commissioned by WeVibe, a sex toy company, found loneliness and anxiety during the virus-induced lockdowns has likely resulted in the emergence of “technosexuals.”

Readers must be confused about what exactly the term means. Well, it turns out that anyone who is sexually attracted to machinery, robots, and or, in this case, smart-speakers, is a technosexual.

Also known as “Alexa,” Amazon’s smart-speaker is no longer…

– “…From early March 2020 on, the best-known authorities on epidemics—the World Health Organization and the U.S. Centers for Disease Control—presented the COVID-19 respiratory disease to the Western world as a danger equivalent to the plague. But China’s experience, which its government obfuscated, had already shown that the COVID-19 virus is much less like the plague and more like the flu. All that has happened since followed from falsifying this basic truth”

TRANSCRIPT: On the morning of September 11, 2001, 19 men armed with boxcutters directed by a man on dialysis in a cave fortress halfway around the world using a satellite phone and a laptop directed the most sophisticated penetration of the most heavily-defended airspace in the world, overpowering the passengers and the military combat-trained pilots on 4 commercial aircraft before flying those planes wildly off course for over an hour without being molested by a single fighter interceptor.

These 19 hijackers, devout religious fundamentalists who liked to drink alcohol, snort cocaine, and live with pink-haired strippers, managed to knock down 3 buildings with 2 planes in New York, while in Washington a pilot who couldn’t handle a single engine Cessna was able to fly a 757 in an 8,000 foot descending 270 degree corskscrew turn to come exactly level with the ground, hitting the…

Truth11 would like to remind us all that no planes were used to bring down the twin towers or the pentagon.  Below is clear, UN-edited footage.  See for yourself.

First the pentagon, this is the missing camera footage that the media lost and could not show.  It shows clearly a missile flying by, not a plane.

And Second the twin towers showing an explosion clearly without a plane hitting the second building.  The official narrative has inserted a digital plane.  See for yourself.  This footage shows clearly without doubt that no planes were used. See min 2:03 on the left tower.

This is a documentary about indigenous activism against climate change and growing collaboration between Third and First World activists to minimize and mitigate catastrophic climate change.

The indigenous communities featured are from Vanuatu, Morocco, Uganda, and Vietnam.

Owing to rising sea levels and a loss of protective coral reefs, the islands of Vanuatu are facing flooding of coastal homes and loss of crops due to salinization* of their soils. They also face more frequent and devastating tropical storms. Their climate activists are working to regenerate their reefs via a process known as “coral gardening.” They are also replanting forests and trying to strengthen ties with first world activists.

Morocco and Uganda are experiencing increased desertification due to decreased rainfall. In Morocco, activists are trying a new technology called “fog harvesting.” They use finely woven nets to trap rainwater, which they collect and…