By Josh A. Mazer, CHD Guest Contributor (Originally published in Eye on Annapolis)

Human papillomavirus (“HPV”) will infect about 90% of Marylanders. It is usually harmless and self clearing. Very rarely, undiagnosed and untreated infections may lead to cervical cancer. The Baltimore Sun reported in 1990:  From 1983 to 1987, “406 Maryland women died of a cancer that…need kill virtually no woman, because a Pap smear can detect cervical cancer while it is curable.” 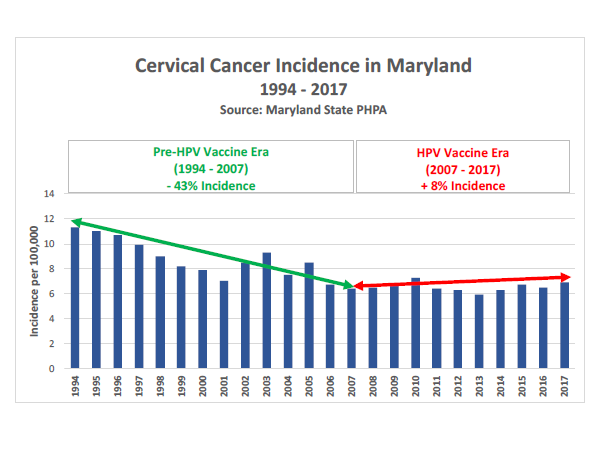 I have been following Maryland’s HPV vaccine policy very closely since 2018, when our children became eligible to receive Merck’s controversial, liability free HPV vaccine. I was confused by the state sponsored hard sell put on my family to…