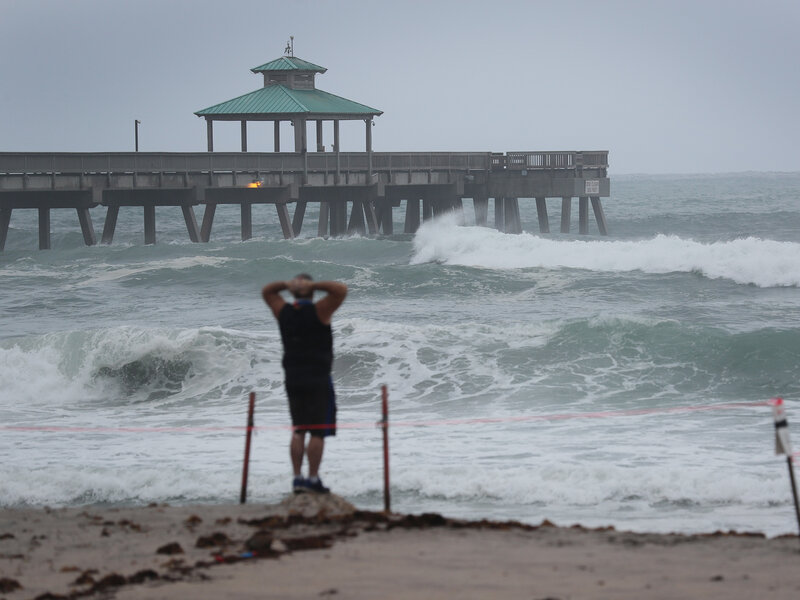 Waves kicked up by Tropical Storm Isaias crash along Deerfield Beach, Fla., on Sunday. Isaias is expected to make landfall as a hurricane in the Carolinas on Monday evening.

The National Hurricane Center is warning residents of the Carolinas to brace for the effects of Tropical Storm Isaias, which is expected to make landfall as a hurricane in northeastern South Carolina and southern North Carolina by Monday evening.

The storm is expected to linger in North Carolina on Monday, traveling inland through the night before swirling up the Mid-Atlantic coast and into the northeastern United States on Tuesday night.

“Heavy rainfall from Isaias will result in flash and urban flooding, some of which may be significant in the eastern Carolinas and the mid-Atlantic, through Tuesday night near the path of Isaias up the East Coast of the United States. Widespread minor to moderate…