by Barry Kent MacKay in Blog, Canada, Coexisting with Wildlife on July 27, 2020

Amid the worldwide tsunami of bad news and sadness one searches for a trickle of positivity; something to celebrate.

For some time there has been a group, operating under the banner of the Pacific Balance Marine Management (PBMM), that has been lobbying to convince the government, and to garner public support, to legalize a commercial hunt for seals and sea lions on Canada’s west coast. The argument is the usual one – too many sea lions eating too many salmon (of commercial value, of course) in a region in need of employment and revenue. In an effort to seem to be attune to rapidly growing public awareness of just how badly our species has damaged the ecosphere upon which the survival of us all depends, a nuance was… 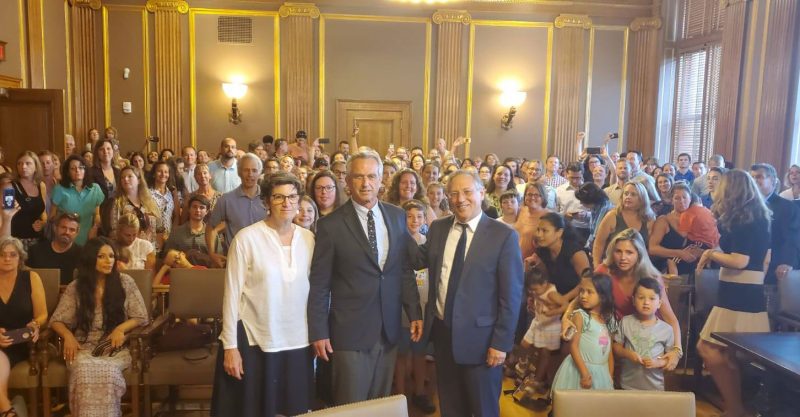 An online press conference will take place Thursday, July 30th at 10:00 a.m. ET with the legal team, doctors and several of the plaintiffs (parent and their immune compromised children who have been refused an education).

Notice that Trump didn’t get to deploy the military to quell the protests in early June and that Raytheon frontman Mark Esper is still in place. Essentially, the Deep State overruled Trump twice, first on sending out the military, and then on firing Esper. Clearly, this shows that Presidents are merely managers. It’s the Board of Directors who really calls the shots. Notice how frequently the media will report that Trump has changed his mind after “talking with advisors,” i.e. his bosses.

WASHINGTON—President Trump last week was on the brink of firing Defense Secretary Mark Esper over their differing views of domestic use of active-duty military, before advisers and allies on Capitol Hill talked him out of it, according to several officials.

The officials said Mr. Trump was furious with Mr. Esper for not supporting his inclination to use active-duty troops to…

White House coronavirus advisor Dr. Anthony Fauci said Friday that he and his family are receiving hate mail and “serious threats” from people angry over his advice on the pandemic.

“There are people who get really angry…

Director of the National Institute for Allergy and Infectious Diseases Dr. Anthony Fauci testifies before the House Committee on Energy and Commerce on the Trump Administration’s Response to the COVID-19 Pandemic, on Capitol Hill in Washington, DC, June 23, 2020.
Kevin Dietsch | Pool via Reuters

White House health advisor Dr. Anthony Fauci said Tuesday there are early signs that a coronavirus outbreak could be brewing…

Last week, when the billionaire neo-colonialist Elon Musk was confronted on Twitter about how his company is benefiting from the Washington-perpetrated coup in Bolivia, he replied with a statement that encapsulates the ugly nakedness of current U.S. imperialism: “We will coup whoever we want! Deal with it.” I have a feeling that when the world looks back on 2020, the time when the U.S. lashed out with such great violence when faced with its imperial decline, Musk’s declaration will be seen as the moment when the mask of the empire came off.

Since World War II, the U.S. has interfered in the elections of at least 85 countries and engaged in military warfare against at least 36 countries, with between 20 and 30 million people estimated to…