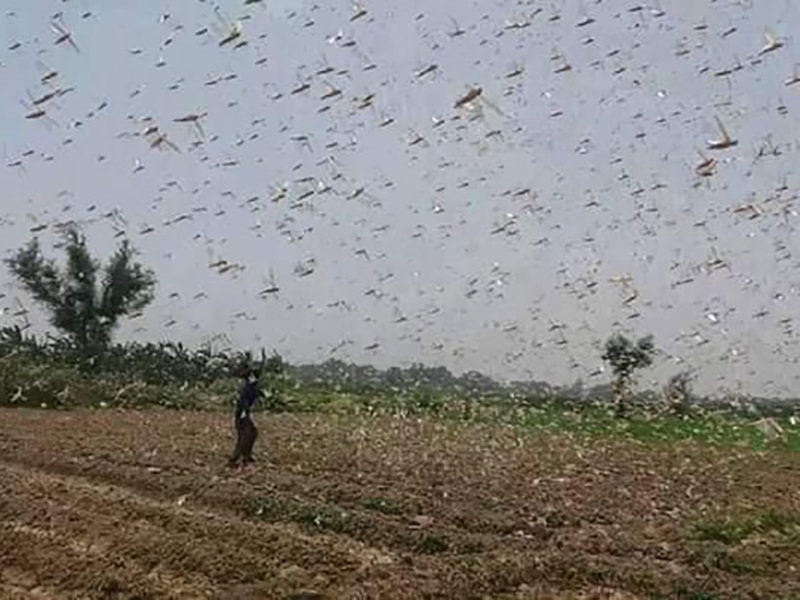 In mid-June, the United Nations Food and Agriculture Organization (FAO) issued a threat level warning to countries across East Africa and southwest Asia: Desert locusts (Schistocerca gregaria) are swarming. A severe outbreak that started in 2019 has spread across the Horn of Africa and the Middle East before moving on to western Asia. Scientists say climate change has played a role in this invasion.

This year’s locust attacks, which spread from Kenya to Pakistan and India, are the worst in the past 30 years.

Usually solitary, locusts become gregarious, or swarm, when there are heavy rains in an arid region. Desert locust swarms are highly destructive, sparing no…