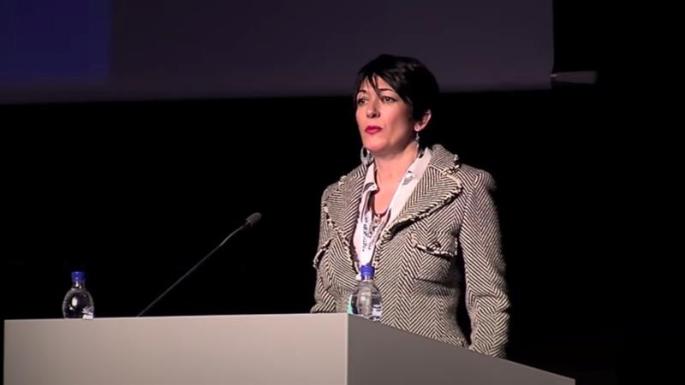 Jeffrey Epstein’s longtime confidante Ghislaine Maxwell was transferred Monday to New York to face charges that she recruited women and girls, one as young as 14, for him to sexually abuse, the Bureau of Prisons confirmed.

Prosecutors have asked a judge to schedule a Friday court appearance in Manhattan federal court for Maxwell, 58, who was arrested last week at a one-million-dollar estate she had purchased in New Hampshire.

Maxwell, the daughter of British publishing magnate Robert Maxwell, was the former girlfriend and longtime close associate of Epstein, who killed himself in a Manhattan jail last August while he awaited trial on federal sex trafficking charges.

Maxwell has been indicted on multiple charges, including that she conspired to entice girls as young as 14 to engage in illegal sex acts with Epstein from 1994 through 1997.

Several of Epstein’s victims have described Maxwell as his chief enabler, recruiting and grooming young girls for abuse. She has denied wrongdoing and called claims against her “absolute rubbish”.

In a letter to a judge Sunday, prosecutors said they have communicated with Maxwell’s defence lawyer, Christian Everdell, who would like a Friday bail hearing where she will be arraigned.

Prosecutors have said Maxwell “poses an extreme risk of flight”. Maxwell has three passports, is wealthy with lots of international connections, and has “absolutely no reason to stay in the United States and face the possibility of a lengthy prison sentence”, they wrote in a memo.

She is currently being held at the Metropolitan Detention Center in Brooklyn.

The Brooklyn lockup has had controversies of its own. Last month, an inmate died after correctional officers sprayed him with pepper spray.

A week-long power failure at the jail in January 2019 sparked unrest among shivering inmates. In March, the jail had the federal prison system’s first inmate to test positive for coronavirus.

The Bureau of Prisons has been the subject of intense scrutiny since Epstein took his own life while in custody in August, which Attorney General William Barr said was the “perfect storm of screw-ups”.

The agency has been plagued for years by serious misconduct, violence and staffing shortages so severe that guards often work overtime day after day or are forced to work mandatory double shifts and has struggled recently with an exploding number of coronavirus cases in prisons across the US.

The pharmaceutical firm Regeneron announced it was entering the late stages of its human clinical trials investigating a drug to both treat and prevent COVID-19.

The drug, called REGN-COV2, is a combination of two antibodies that block the coronavirus’ “spike protein”, which it uses to invade human cells.

The company is moving to the final Phase 3 stage of a trial to determine if its drug can prevent infection among people recently exposed to the virus – for example through a person in their household. This trial, run jointly with the US National Institute of Allergy and Infectious Diseases (NIAID), is expected to enroll 2,000 patients in the US.

“We are pleased to collaborate with NIAID to study REGN-COV2 in our quest to further prevent the spread of the virus with an antiviral antibody cocktail that could be available much sooner than a vaccine,” said Regeneron President George Yancopoulos.

Israel reimposed a series of restrictions to fight a spike in coronavirus infections, including the immediate closure of bars, gyms and event halls.

In public remarks at a special cabinet session on the health crisis, Prime Minister Benjamin Netanyahu said Israel had to reverse course to avoid a wider lockdown that could paralyse its economy, where unemployment is just above 20 percent.

The Bank of Israel on Monday forecast a 6 percent economic contraction.

A government announcement said that in addition to the immediate shuttering of bars, night clubs, gyms, event halls and cultural events, the number of diners in restaurants would be limited to 20 indoors and 30 outdoors.

Now, this is more like it. Black and white, left and right, marching with guns is how you scare the piss out of the ruling class. PHOTOS: Today armed Black Lives Matter and “boogaloo” protesters joined forces for an open carry rally against police violence and government overreach in Richmond, VA. HD Video upcoming. Photos […]

via As It Should Be… — Attack the System

Sacha Baron Cohen recently pranked a right wing rally in Olympia Washington with a bawdy anti-mask sing along. We discuss this and the rest of his career as a guerrilla comic, performance artist, and provocateur.

Dissident Film Club is available now on all major podcast players. SUBSCRIBE on Apple, Spotify, Google Podcasts, Castbox, Overcast, or your favorite podcast player. And have a listen on either player below […]

Banksy and the Rise of Outlaw Art

This documentary, about the anonymous street artist Banksy, is the best I’ve seen in ages. Banksy made world headlines last year when one of his paintings sold at a Sutherby’s auction for £1,420,000 and mysteriously self-shredded once the bidding finished.

The film is narrated by friends and artists who have worked with Banksy. The street artist grew up in Bristol, where he was heavily influenced by the 1980s grafitti/hiphop/rap/DJ culture. The Traveler* community (often associated with anarchism) has always had a strong presence in Bristol and the Glastonbury Festival that takes place annually in the area.

A local youth worker offered up the premises of Barton Hall youth club as a space for all Bristol youth to legally tag and post graffiti. As a teenager, Bansky spent most weekends there. He maintains he was first politicized…