Noha, an Egyptian engineer, should feel lucky after winning a visa lottery that randomly selects people from a pool of more than 14 million applications for about 55,000 green cards that would let them live permanently in the United States.

But the hopes she and her husband had of moving with their two children to New York vanished last week when President Donald Trump extended a ban on many green cards issued outside the United States to the end of the year, including the lottery’s “diversity visas,” which have been issued every year since 1990 to people from underrepresented countries.

This year’s recipients learned of their good fortune about a year ago, but many had not yet completed the vetting process when American consulates closed in March due to the coronavirus pandemic. Now the administration’s latest step to reduce legal immigration has upended their lives, and many find themselves stuck in a worse situation than the one they were trying to escape.

The lottery requires that green cards are obtained by September 30 or they will be voided. The State Department says no exceptions are made for those who do not yet have one in hand.

Noha and her children got their visas in February. But her husband, Ahmed, is still waiting, and the family fears his visa will never come.

The situation forces Noha to make an impossible choice between going alone to New York to seek a better life for the couple’s seven-year-old daughter and nine-year-old son, or giving up that dream so the family can stay together. She said she felt angry and cried for days after learning of Trump’s order.

“All my plans were collapsed in an instant,” said Noha, who spoke on the condition that her last name not be used for fear that speaking publicly could hurt her family’s case. “I felt that all what we have achieved went for nothing.”

Trump’s decision to extend the ban marked the first time the visa programme has been interrupted since it was created to attract immigrants from diverse backgrounds. US immigration lawyers are considering challenging the move in court.

Only about 13,000 of the roughly 55,000 lottery visas have been issued so far this year, said Simon Paul, a diversity visa recipient who now runs a blog helping other immigrants at britsimon.com. Even those who obtained a visa have found it tough to get to the US because of pandemic travel restrictions.

After being told by a US official in February that the entire family was approved, the couple started making plans for their new life. Noha and her husband, also an engineer, resigned from their jobs, sold their car, notified their landlord they were moving and stopped paying tuition at their children’s school for next year.

The embassy in May told her husband his visa just needed to be printed, so “we even packed our bags,” she said. Her kids watched videos on YouTube about life in the US.

The administration put the hold on the visas as part of efforts to free up jobs in the coronavirus-wracked economy – a reason the president has used to achieve many of the cuts to legal immigration that eluded him before the pandemic. The president’s move also applies to other green card applicants and people seeking temporary work visas at high-tech companies, summer camps and multinational corporations.

Long before the pandemic, Trump criticised the lottery, falsely claiming it has been “a horror show” because countries put in “some very bad people”.

The US government runs the programme, and citizens of qualifying countries are the ones who decide to bid for the visas. Foreign governments do not choose who applies or ultimately receives a visa.

Applicants must have graduated from high school or have two years of experience in a selection of fields identified by the US Labor Department. The winners cannot have a criminal record, and they must have a US sponsor willing and able to support them until they get established. More than 80,000 applicants were named winners so they had to race against each other to get the visas made available.

Dozens of the 2020 winners reached out to The Associated Press in response to a request to tell their stories. Many are highly educated but hindered by the lack of opportunities in their homelands.

Among those selected this year were an infectious disease doctor, an agricultural engineer, a software developer, a post-doctorate researcher, a businesswoman and a middle school teacher. They come from Egypt, Turkey and Albania, among other countries.

Mahmoud Elrweny, who works as a production manager at the Hershey Co in Memphis Tennessee, said he was elated when he heard the lottery had awarded visas that would let his brother join him in the US.

Egypt’s high unemployment had forced his brother to move to Saudi Arabia, where he was teaching, though he did not want to stay because he has two daughters and felt they would be restricted as women.

His brother had to do a visa interview in his native country. Five days after he got to Egypt, the US embassy cancelled it, and then Trump issued the order. His Saudi school fired him for leaving and refused to give him his last pay cheque. Saudi Arabia cancelled his visa to go back. He also left his car there.

He and his wife are now both unemployed in Egypt, living with family.

Elrweny wants to help him but does not know how.

“I’m really stressed out and depressed,” he said. “His dream was to come to America.” 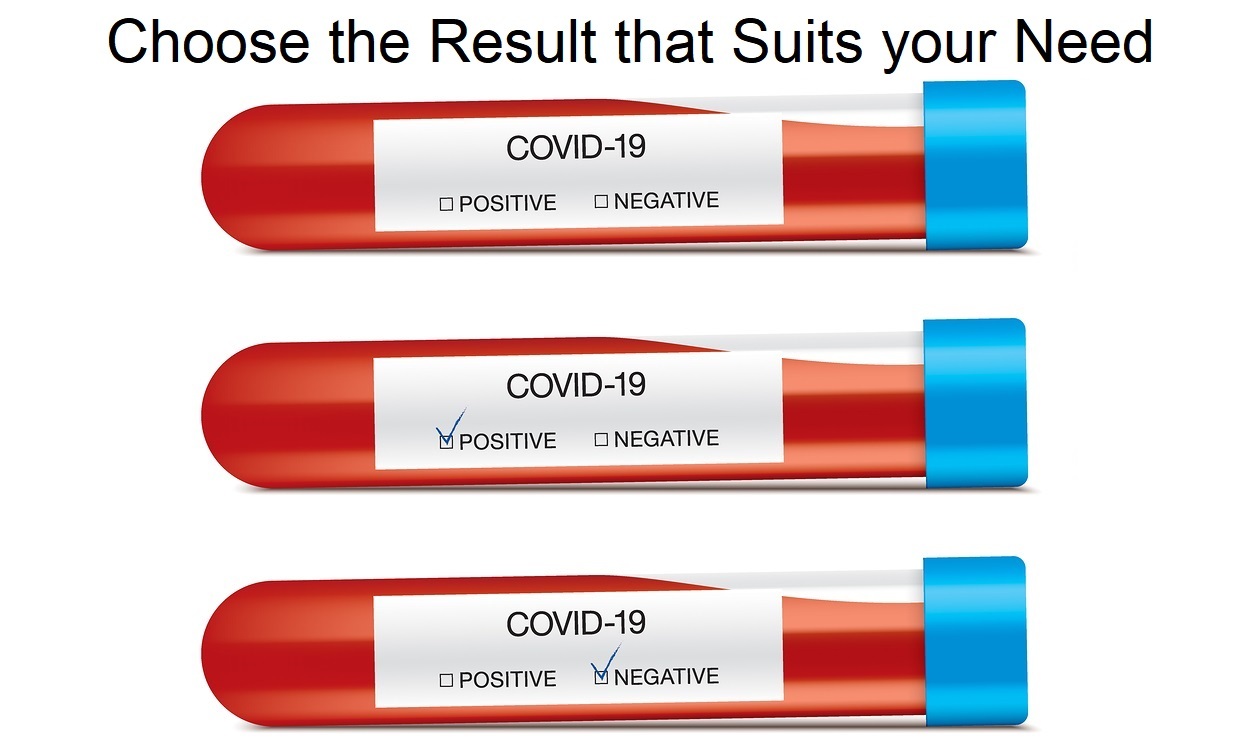 The corporate media news cycle this week is once again promoting fear in the American population by claiming that COVID cases are again on the rise in “hot spots,” prompting calls for more lock downs and other measures, including many states now requiring people to wear face masks in public.

Two key pieces of information are missing from almost all of these reports in the corporate media: death rates (even by their own statistics) are NOT increasing but holding steady or even decreasing, and inaccuracy with the tests themselves is still widespread.

A report earlier this month out of Wichita Falls, Texas, for example, revealed that testing of residents and staff at a medical facility revealed many positive results, but since none of them were sick, they retested 20 of them, and the second test result was negative in all 20 .

Total Lockdown of the Population: History, Analysis and Prospects. “The Great Cancer Future”

Part I. The Virus King is naked

This is now recognized by all those who have the courage to face facts. I will not enumerate in this article the immense body of evidence that exists. All of you have probably done, are doing, or will do your own research. I will only quote a report that was issued by the German Department of Interior:

“The corona virus is a global false alarm. The danger of the virus has been overestimated (no more than 250,000 deaths worldwide with Covid-19, compared to 1.5 million for the 2017-18 seasonal flu)“.

Yet, the purpose of this article is not to focus on this topic. Like many others, during the last two months, I gathered enough information that allowed me to understand how…

This documentary focuses on the devastating impact of India’s COVID19 lockdown on millions of the country’s migrant workers. India is experiencing a similar pattern to China, with many rural adults migrating to the city for work – and sending money back home to their families.

When Indian prime minister Minister Narendra Modi announced a 21-day lockdown on March 24, he ordered 1.3 billion residents confined to their homes with four hours notice. The immediate effect was to leave millions of casual workers without jobs and with no means to return to their rural villages.

The filmmakers focus on New Delhi, a city of 20 million. When public transport was shut down, thousands of migrant workers tried to walk home along the freeways. Most were stopped and sent back to the slums. There they live, without soap or running water, in makeshift huts…