For the first time in US history, a chamber of the United States Congress voted 232-180 on Friday in favour of giving Washington, DC statehood – a move towards fuller voting rights for the city’s majority Black population.

The vote was along party lines, Democrats who control the House supporting it and while historic, it was symbolic as Republicans in the Senate and President Donald Trump oppose the move.

“Across the United States today, Americans are taking down the remnants of the Confederacy as symbols of inequality, just as the House of Representatives is raising up in our nation’s capital to ensure equality for its citizens,” said Eleanor Holmes Norton, who is Washington’s non-voting delegate to the Congress.

Norton, 83, has represented the District of Columbia in the US Congress since 1991. Norton cannot vote on legislation in the House but otherwise enjoys the privileges of a member of Congress. DC has no US senators.

“My life as a third generation Washingtonian has marched toward this milestone,” Norton said at a news conference at the US Capitol on Thursday.

Recent events in Washington, DC prompted House Democratic leadership to bring the DC statehood bill to a vote. In April, Republicans in the US Senate shorted the city $755m when the Congress doled out emergency funding for the coronavirus fight.

More recently, city residents and local leaders were outraged when federal law enforcement violently cleared protesters from Lafayette Square, a public park near the White House, and President Trump called up military troops to be on standby at bases just outside the city.

If Washington, DC were a state “its residents would be protected from the kind of civil rights violations we saw in Lafayette Square”, said Representative Steny Hoyer, the number two Democrat in the House.

“This [is] not just an issue of local governance and fairness. It is a major civil rights issue as well. We must bring to an end the disenfranchisement of 711,000 American citizens,” Hoyer said.

Statehood is the only way to recognise the full voting rights of DC residents and bringing the bill to the House for a vote now is a way “to show respect to the citizens” of DC who have been denied the right to representation in Congress for two centuries, Hoyer said.

In 2016, 86 percent of DC voters said “yes” to a referendum authorising the City Council to petition Congress for statehood.

The bill is unlikely to become law unless Democrats gain a majority in the Senate in the upcoming November election. Even then, it would face an uphill climb requiring support from Republicans.

“They want to make Washington [DC] a state to rig the rules of our democracy and try to give the Democratic Party permanent power,” Senator Tom Cotton told NBC News on Thursday.

In May, Trump told the New York Post newspaper: “DC will never be a state. Why? So we can have two more Democratic – Democrat senators and five more congressmen? No, thank you. That’ll never happen.”

The balance of power between Republicans and Democrats in the Senate is a point of discontent. While Republicans hold a 53-47 majority, they represent fewer Americans than do Senate Democrats.

The District of Columbia is comprised of 10 square miles (26sq km) of land ceded to the federal government by the state of Maryland in 1788. At the time, the US government was still in formation. George Washington was not yet installed as the first president in 1789. The city of Washington was an undeveloped swamp.

The US constitution mandates that a federal district serve as the seat of government that falls under the jurisdiction of Congress. The bill would shrink that district to encompass a smaller area to include the US Capitol, the national mall and a number of federal buildings, the rest of the land would become a state.

The Washington metropolitan area, including adjacent cities and suburbs of Virginia and Maryland, is now the sixth-largest metro area in the US with a population of more than six million.

With 711,000 residents, DC has a greater population than two states, Vermont and Wyoming. North Dakota and Alaska are similar in population.

The last time new states were admitted to the union was Hawaii and Alaska in 1959. Washington, DC residents received the right to vote for the president in 1961 and DC carries three votes in the US Electoral College which determines the winner of presidential elections.

China has deployed large numbers of troops and weapons along a disputed Himalayan border in violation of bilateral agreements, India’s foreign ministry has said, accusing Beijing of escalating tensions and triggering a deadly clash last week.

“At the heart of the matter is that since early May, the Chinese side had been amassing a large contingent of troops and armaments along the LAC,” foreign ministry spokesman Anurag Srivastava said in a briefing in New Delhi on Thursday, referring to the Line of Actual Control (LAC), the de facto border between the Asian nuclear powers.

Srivastava said “this is not in accordance with the provisions of our various bilateral agreements,” referring to treaties that include a 1993 one that dictates that both sides will maintain limited border deployments.

India had “to undertake counter deployments” because of the Chinese buildup, he said as New Delhi acknowledged for the first time it has matched Beijing in massing troops at their contested Himalayan border.

China has blamed India for the clash – the deadliest between the two nuclear-armed neighbours for at least five decades – and said Indian troops attacked Chinese officers and soldiers.

Responding to the heightened Chinese presence last month, India also deployed a large number of troops along the LAC, Srivastava said, leading to face-offs in the Ladakh region of the western Himalayas.

On June 15, Indian and Chinese troops brawled for several hours in the Galwan Valley, using stones and sticks with nails embedded in them to beat each other, killing 20 Indian soldiers and injuring at least 76 more. China has not disclosed how many casualties its troops suffered.

The neighbours have blamed each other for the high-altitude battle. After senior military commanders held parleys this week, both sides have since agreed to disengage their troops on the disputed border.

But in satellite images reviewed by Reuters news agency, China appears to have added new structures near the site of the Galwan Valley clash that India says is on its side of the LAC. These include camouflaged tents or covered structures and a potential new camp under construction with walls or barricades.

“Peace and tranquility in the border areas is the basis of our bilateral relationship,” said Srivastava, demanding that China follow up on its pledge to cool tensions. “A continuation of the current situation would only vitiate the atmosphere.”

Liverpool football fans are celebrating after the club won the English Premier League title for the first time in 30 years.

Jurgen Klopp’s side secured the title after second-placed Manchester City lost 2-1 to Chelsea in London, meaning Liverpool could not be caught with a 23-point lead over City with seven games remaining.

Despite social-distancing rules and restrictions on public gatherings because of the coronavirus pandemic, Liverpool supporters flocked to Anfield to show their joy at the team’s success.

Fans turned the sky red with flares and fireworks and sang the club’s famous songs and chants, including the team’s anthem You’ll Never Walk Alone.

Even as clock ticked past midnight, crowds outside Anfield were still swelling, with fans scaling the walls of the stadium. On social media, the hashtags #Liverpool and #You’llNeverWalkAlone were trending.

All Premier League games since the competition resumed have been held behind closed doors, so fans were not at the stadium when Liverpool beat Crystal Palace 4-0 on Wednesday.

The celebrations took over the city centre, with the Cunard Building, by the Pier Head, lit up in red for the night.

Elsewhere, St Luke’s Church, known locally as the bombed-out church, became a focal point for fans to congregate, let off fireworks and go through their repertoire of songs.

Cars were kept out of the area by police, but supporters around the city blared their horns in jubilation.

“We have all waited so long, everyone who has been involved in the club, they had been desperate to bring the title home for the supporters,” former Liverpool captain Jamie Carragher, who sprayed a bottle of champagne in the air, told Sky Sports. “You see the scenes tonight.”

Liverpool players gathered at a local hotel and after watching the broadcast of the game from Stamford Bridge celebrated among themselves, away from the supporters.

“We won’t tell you the exact location but we are all in a hotel together as a team,” said fullback Andy Robertson.

“We thought something hopefully special was going to happen, and that’s how it turned out.” 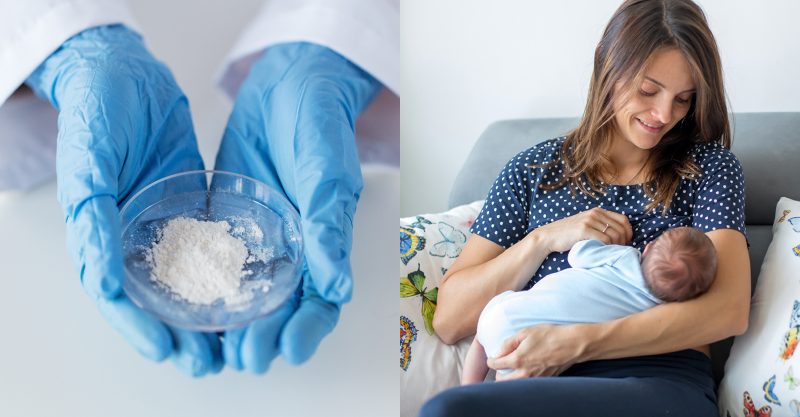 Technocrat Bill Gates has received a lot of attention for his global health policy prescriptions related to COVID-19 lockdowns and vaccines. The tycoon’s enthusiasm for experimental biotech injections should come as no surprise, given his longstanding global investments in vaccine-focused organizations and programs. However, Mr. Gates also funds numerous other initiatives, all of which—like his vaccine efforts—feature a near-evangelical belief in the power of science and technology to do Mother Nature one better.

“A search party of neighbors, NOT the police, found the two missing girls, and two other missing children, around 4:00pm. They were following neighbors’ tips from house to house that appear to be a straight up sex trafficking ring. They were doing this while dozens of police officers were ON SCENE doing nothing but harassing and intimidating residents. Police on the scene started using tear gas and rubber bullets on angry neighbors who were doing their jobs for them.” – Local Photographer, Amanda Schlicher Press

Bruce C.T. Wright from NewsOne.com reports, “A pair of Black girls missing for days from Milwaukee was found by a search party of residents who banded together after police decided against issuing child abduction emergency alerts for them, according to reports across social media reports and from local media. It all unfolded against the backdrop of an alleged child…

“The black revolution is much more than a struggle for the rights of Negroes. It is, rather, forcing America to face all its inter-related flaws: racism, poverty, militarism, and materialism. It is exposing evils that are rooted deeply in the whole structure of our society. It reveals systematic rather than superficial flaws, and it suggests that RADICAL RECONSTRUCTION OF SOCIETY ITSELF IS THE REAL ISSUE TO BE FACED.”—–Dr. Martin Luther King Jr.

In three different zones within the city of Atlanta, Georgia the police have decided to refuse to answer calls for help from citizens. This is the Police’s response and form of protest because they do not agree with the charges lodged against their fraternal brethern who participated in the murder of Rayshard Brooks. https://c0.pubmine.com/sf/0.0.3/html/safeframe.htmlReport this ad https://c0.pubmine.com/sf/0.0.3/html/safeframe.htmlReport this…

This documentary is about the urgent need to abolish the mindset that measures human progress in terms of economic growth. It also emphasizes the price we pay for growth in terms of heavy resource extraction and even heavier human exploitation.

The filmmakers begin by referencing Limits of Growth, published by the elite round table group Club of Rome published in 1973. Relying on MIT computer modeling, it predicted unrestrained growth would lead to economic and ecological collapse in the early decades of the the the 21st century.

The film makes many of the same points as Michael Moore’s recent documentary Planet of the Humans (see The Corporatization of the Climate Movement). Both depict the notion of “Green Growth” as a corporate scam. Politicians and environmental NGOs who claim that a switch from fossil fuels to renewable…